Are You a Creative Type? Maybe You Should Consider Learning These…

Ever felt like you needed to branch out a bit? Maybe pick up a few new hobbies, learn about things you don’t know anything about but feel like you should? Well, there are a few hobbies which could probably not only be very interesting to learn, but also extremely helpful in expanding your professional portfolio. If you feel like a creative type of some sort, then keep reading as these 2 areas of expertise might just be for you. 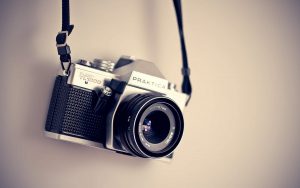 Now before you fully get involved, keep in mind that photography is not one of the cheapest hobbies out there. After you get past the phase of taking photos with your iPhone and applying various Instagram filters, you will probably want to buy your very own, somewhat-high-tier camera. After all, the last thing you want is to be held back by your own equipment in your own hobby. Sure it might be inevitable sometimes, no one has an infinite amount of money, but just be prepared. When you commit to buying your first SLR camera, you have basically signed up to purchasing a whole set of equipment. You will probably be buying a few lenses, possibly flashes too, and only the ones which are compatible with your camera, meaning you are constrained to buying things of the same brand.

Keep in mind that equipment isn’t everything, while you do not want to get held back by the quality of your equipment, practice and knowledge is the much more important part, and the one which will actually get you to improve steadily. If you have any Courses in Photography Nearby, consider attending. Being self-taught is more than possible, but sometimes it might be hard to progress and you will find yourself stuck. Getting a third party with some professional outlook on the matter will be invaluable in steering you towards the right path. So while yes, photography is expensive, there is much more to it, get out there, and start taking photos. 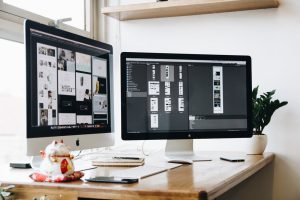 While extremely useful on its very own, learning some programs from the Adobe Suite can greatly boost your photography capabilities. Programs like Adobe Photoshop and Adobe Lightroom, are very commonly used by professional photographers around the world for retouching and photo manipulation. That said, learning a few programs from the Adobe Suite could open up several doors for you in quite a few industries. The main three most commonly used for graphic design, are Adobe Illustrator, Adobe Photoshop, and finally, Adobe InDesign. All do very different things, but are very commonly used alongside each other. Adobe Photoshop, as mentioned beforehand, is used for photo retouching, photo manipulation, and all sorts of graphics which deal with pixels. Adobe Illustrator on the other hand, while also dealing with graphics and (you guessed it) illustration, it does so in a very different way.

Instead of primarily working with pixels and pixel data, it works almost exclusively with vectors. Unlike pixels, vector images do not lose quality when resized, since it is a vector which is basically a set of coordinates which make an image when joined up. Due to their lossless and flexible nature, vectors are often used in advertising, logo design, large scale illustrations and even street signs. Now the last of the big three, Adobe InDesign. InDesign is nowhere near as graphic as its 2 colleagues, as it primarily deals with text. Specialising in publishing books, magazines, leaflets, business cards and anything else you can think of which deals with some sort of typography. These three together are often sought after skills when it comes to hiring new staff in the field, making your skillset definitely much more appealing to a potential employer.