I read with interest a recent article in Open News relating to an Open University survey that had been conducted. The results concluded that workers were close to burn out in pursuit of pay rises and promotions. Furthermore, according to the article it’s qualifications not overtime that matter most to employers.

As Open University students we all know the importance of gaining qualifications, seeing as that is why we are OU students in the first place! But the article itself was striking. Are British workers really a demoralised bunch of low-paid, burnt out zombies suffering from low morale? Well the article might not put it as starkly as that but it’s not far off.

“Eight in 10 Britons are overworked, with almost a third “burnt out” or “very overworked”, according to a new survey from The Open University. Employees believe that working longer hours is one of the best ways to earn a promotion or pay rise despite being considered important by just one in ten employers. With just 15% entirely happy with their career, The Open University, the UK’s largest academic institution, is urging Britons to make 2015 the year of their career by exploring more effective methods of career progression.

In improving economic conditions, nearly two-thirds of us regularly work overtime, with nearly 10% working at least an extra 40 hours per month; a full working week. However, whilst a quarter of employers said they merited staff who met deadlines and targets, a greater number (46%) cited work-related qualifications gained through additional education, as a reason to offer a pay rise or promotion. Other things viewed favourably by employers were staff who went on training courses and who were eager to learn new job skills.

Helping Britain’s workforce to progress and enhance their careers, The Open University is releasing a ‘Guide to Fast-Tracking Your Career’ containing expert advice from its Careers Advisory Service to help people work smarter, without working harder. The guide will be an invaluable resource for those who want to take their career to the next level.” Read more of the article here 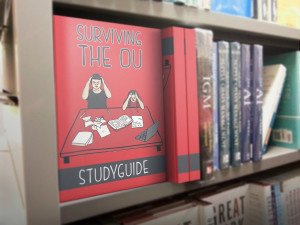