Should You Still Study Finance? Some Surprising Facts

With all the chaos of the modern world and worries about the future of the City of London, students are wondering whether they should still study finance or whether they should go elsewhere. The chief concern is that jobs are going to go abroad. We hear a lot about the pull of Frankfurt, and how the German city is going to become a global trading hub, the likes of which the world has never seen before.

The next worry is how technology is going to change the nature of banking and insurance in the future. Given advances in blockchain, will the financial sector even need people pulling proverbial levers anyway? These worries probably aren’t valid for the average student.

Let’s deal with the City first. In the UK, the vast majority of financial jobs are contained in the “square mile” in the middle of London, and the Canary Wharf area.

What’s going to happen to these regions during Brexit? Well, the early evidence seems to suggest “not much.” While some large banks have talked about taking jobs out of London, the practical difficulties of pulling off a feat like that are remarkable.

The City of London is actually quite different from the rest of the UK. The regulations and laws governing it have been built up over the centuries in a way that makes it uniquely competitive. It’s just not possible to transplant the model overseas overnight.

The other issue in the City’s favour is the workforce. There’s tremendous financial talent in London and the southeast. Companies can’t just move to another country and expect to get access to the same knowledge. For the most part, it doesn’t exist in the quantities that it does in the City. 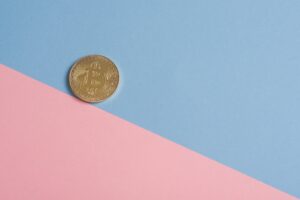 What about technology? Why take insurance courses knowing what’s coming down the pike? Students going into the financial sector in the 1970s could have said something similar.

We forget that banking has been changing for decades in response to innovations like software and the personal computer. It hasn’t stood still at all. Tellers in the 1970s, for instance, still gave people cash by hand. With ATMs, that all went away. But those workers didn’t just vanish. Instead, they took on new, higher-value roles in the bank.

The same will probably happen this time around. The nature of financial work will change, but people will always need banking and insurance services. The need to store money and insure against risks will never disappear. And no amount of technology will ever replace all those services – at least not for many decades.

So the answer to whether you should study a financial course is still very much a big fat “yes.” If you’d like to make money and want a secure future, it is certainly a path you should consider.

What’s more, it’s also an area ripe with opportunities. As new technologies come on board, new business models will open up. You never know what direction your career might take, and how much value you could create.