Kids spend at least 6 hours a day, 5 times a week, inside their school setting. This adds up to quite a large portion of the 7 day week: 30 hours dedicated to academia, and then comes in the homework and extracurricular clubs the majority of teachers believe children should be taking.

It’s why break time is so important. When you give kids regular breaks during the school day, and you give them plenty of ways to unwind during those breaks, you help them to keep their focus, and find school a much more enjoyable place to be!

And thus, with this idea in mind, we’ve decided to have a think about whether kids need some better breaks during the school day. Some of them may already love their schedules, and some may find them less than stellar, so let’s try to work out why. 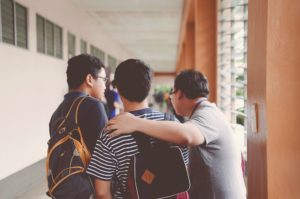 A Lot of Schools Seem to Cut Breaks Down

It used to be that kids got at least 15 minutes of outside playtime during the later afternoon, but this idea is slowly being phased out across the country. More and more children aren’t getting a break for the bulk of the afternoon, and more and more schools are making their students sit through 3 or so hours of uninterrupted teaching. Could you, as an adult, make it reliably through such a period? 5 times a week, for at least 39 weeks a year?

If a child can’t sit down, in the outside world and enjoy some fresh air, with their lunch or a snack in their lap, and be able to eat until they’re full, and have fun with their friends afterwards, their school might just be failing them. Lesson time should never eat into the lunch period; some school districts might just need to get back to the drawing board on the lesson plan, especially when it comes to teaching older kids!

Is There Always Enough to Do On the Playground?

The school playground can be a very fun place – even from your own memories of it, you probably came up with all kinds of imaginary games, and there was never a friend too far away to join in with you.

But for some kids, the outside playground might be a bit sparse in activities. A lot of playground fun and games have been banned, most often due to the potential for injury, but that doesn’t mean playtime ever has to be boring! Outdoor play equipment for schools exists up and down the country, and that means there’s always an option for school districts to invest in – even an outdoor soft play area, that the different years are allocated a different day to play on, can make a big difference!

Introducing better breaks to schools might just get the kids interested again. Free time within school, as well as outside of it, can seem to be lacking in some areas. Let’s try and fix that, so every child enjoys school!