By David Wells, editor at Surviving the OU

Another section of reading, activities and forum work has passed then and here we are recapping the finer points for blog entry 2.

If you missed the first instalment then catch up with it here.

With weeks one and two over us we move into the third and fourth weeks of the Open University Masters course, H800. Week 3 is entitled ‘How people Learn’ so I’m curious as to what delights will be thrown my way.

After spending the last week looking at group learning and forums, we continued in a similar vein but rather than written forums we focused on audio learning. This was more in line with the OU Live and Blackboard Collaborate conferencing software that we spoke about last week. This moved on into additional discussions about pedagogy, tools and technologies used to enhance learning, live events and sessions. We then got an opportunity to use Blackboard Collaborate between ourselves without the tutor being present.

We had used this particular software last week for the first time, as I outlined in the first blog post, and it was pretty handy to use. The chat facility was very good, nobody opted to use a video camera though! I don’t even think I own one to be honest. I liked the feature that whenever someone unmutes their mic it shows next to their name so the tutor is able to move to that person without the awkward talking over each other or trying to get into the conversation that sometimes happens with this technology.

That was the first part of a packed third week (3a), before segment 3b kicked in and we were introduced to the process of learning and teaching via metaphors and practices. This centred on a paper by academic Anna Sfard who talks about two methods of learning: acquisition and participation. See the video below for more information on this, if you can manage it, it is quite long. It took me awhile to get my head around these ideas as I’d never come across them before.

The next activity took us on to a live discussion of the Sfard paper through Blackboard so this neatly tied the first two parts of the week together. Unfortunately I was unable to make either of the sessions, due to work, so this was frustrating. I always put a lot of stock in the tutorials, whether in person or online, so I will have to make do with the recording, which we can download, so at least I can listen to what my fellow students have said.

Week 4 promises to be interesting as we push on towards the first TMA, which is due on Week 6. Entitled ‘The Social Dimension of Learning’ the activities take us into the realms of the individual and the social and learning together versus learning alone. There will no doubt be some interesting new theories to learn and one that has struck me already is learning outside the head which sounds fairly interesting!

Again the pace ratcheted up a notch and I was hit with new concepts and theories from left, right and centre. Barely had I finished one activity and analysed a paper than I was on to the next one. Firstly we were asked to define learning. Easy enough you might think, but it seems my schooled-based interpretation was a little anachronistic and the definitions of learning are far-reaching and very personalised to each of my fellow students, with our ideas meeting somewhere in the middle. I’m “learning” so much on this course already.

What is your definition of learning?

After this we moved on to read a paper by John Seely Brown (who you may recall from the last entry featured in week two) called Situated Cognition and the Culture of Learning which argues that real life situations or apprenticeships aid learning far better than simple classroom theory, even when it comes to things like Maths and Sciences. This was followed by a live evening online tutorial to discuss the matter. We logged into OU Live and had an intro from our tutor before splitting into breakout room groups to discuss the paper and then returned to the main room to feed back out responses to three pre-set questions or talking points.

We went on to read another paper by Engestrom entitled Expansive Learning at Work which followed a similar theme before engaging in some student-led practising on OU Live and sending in a test assignment. The learning outcomes for this week centred on the application of technologies. I’m very much focused on the TMA at the moment which doesn’t really affect the overall score but it’s nerve wracking getting back into the assignment groove. I have been swatting up on Harvard Referencing a lot over the past week or so. 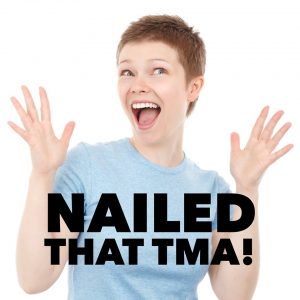 That’s all for now. Week 5 is starting soon and we are looking at Marshall McLuhan’s famous hypothesis that The Medium is the Message so that should be interesting. See you all in a couple of weeks for entry #3. 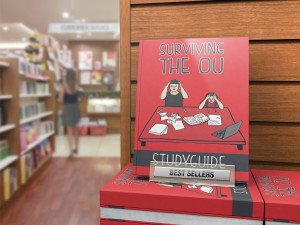