By David, editor at Surviving the OU

Mediums, Messages and the small matter of a TMA

Hi everybody! That’s six weeks down then and we’ve reached 25% on the study planner timeline so it’s a quarter of the module completed already. Time flies when you’re having fun (sort of fun anyway).

If you haven’t read the first two blog entries then find the first one here and the second one here.

The Medium is the Message

It was a great start to week five because I found out that we’re looking at, amongst other things, would the work of Marshall McLuhan. Not that I’m a massive fan of his but he had some very interesting ideas that I’d studied before in Open University modules so there is an element of familiarity here. 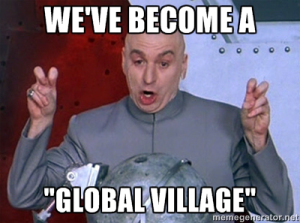 This week’s title was ‘Learning from different forms of representation’ and some of the sub-titles were: What do media technologies contribute to education?; What do different media offer in education?; What is new about new technology? (this included the McLuhan stuff); Web 2.0 and the current wave of technology and much more.

One interesting video we were asked to watch was in a section entitled ‘The machine is us/ing us’ produced by an American university professor, Michael Wesch. Even if you are not interested in this subject at all you may enjoy watching this as it’s excellently put together and only lasts for under five minutes (sorry about the annoying robot music but it was deliberately used my Wesch).

Overall there was plenty of interesting information this week and I think I’m going to focus on McLuhan in one of my activities for the TMA. Read on to find out more about that.

The first TMA is due in

Week six was entirely dedicated to finishing the TMA. I had plenty of words scribbled down on a Word Document at the beginning of the week and uncharacteristically took my foot off the gas for a couple of days. This was a mistake because by the Wednesday I saw week seven looming on the calendar (each week begins on a Saturday) and I realised that I had my Harvard Referencing still to do, as well as actually chipping the assignment down into readable segments.

This proved difficult as I was afraid to “kill my darlings” as the old fiction writing parlance goes. I’m always concerned that the stuff I take out will be exactly what the tutor marks down that he/she wants to see. Cannot dwell on that though, just need to get on with it. A special TMA01 forum quickly sprung up with the usual questions, complaints and concerns across the different groups. Many questions are about referencing but I put one in myself as I wasn’t totally sure about the wording of part of the question. Turns out two other people on two separate groups also asked the same question so it’s not just my problem then.

Looking over at the breakdown of the TMA question it goes something like this:

The 3x 500 words are all dedicated to three activities of our choice from the weeks we’ve been working on. Then we have to answer two parts of a question within the 500 words. Lists of suggestions and recommendations of what the tutor wishes to see then follows.

The 800-word segment is an overview where we look at two papers from the previous weeks and critically assess their merits and faults while also linking them back to the activities in the first section of the question.

I managed to chop it down to the agreed word count then meticulously went through the important notes to check against all of their suggestions and mandatory pointers. Whenever my quotes are all referenced, my name, PI number and all the other bits added in to the header and footer it’s all about crossing the fingers because that’s it sent off! I’ll keep you updated on the feedback when it is returned. My tutor says that she is very detailed regarding feedback and takes hours on each TMA.

I was worried about the TMA as it’s been a while since I was last studying with the Open University. I was speaking to an ex-tutor friend of mine who told me not to worry that much because there’s no classification and this initial TMA is just to warm us up and counts for a lower percentage against the overall average. So that has put my mind somewhat at ease. 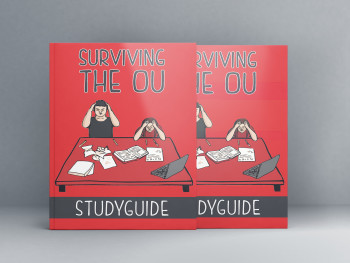