By David, editor at Surviving the OU

David looks at digital natives, google generations and approaches to learning and teaching

Hello everybody! If you’ve missed any of the previous posts then find them here: Entry 1, Entry 2, Entry 3, Entry 4, Entry 5 and Entry 6.

Week 12: Approaches to learning and teaching

Another two weeks have flown by and there’s plenty to discuss. Time to pare down to the vital points of interest then.

As always, let’s first have a look at the key themes and issues that cropped up during the week:

Activity 1 took us back to Block 1 and a discussion of the Google Generation. See this video if you don’t know what that means. It’s a fairly interesting topic if you have a spare five mins.

At the end of the week we had an online tutorial on the paper by Richardson. I participated in the weekend session and got a lot out of it, especially relating to TMA02. I’m still not sure which three activities I will tackle for TMA02 but I have two I’m looking at and one relating to the “what would you change about the activity” section of the assessment. So at least I have an idea of where I’m heading. It’s not the actual writing of a TMA that ever bothers me it’s the fear of not knowing what you are going to write that I don’t like.

Activity 3 was the actual tutorial itself, via OU Live as described in previous entries. Activity 4 was a reading on a paper by Price who pointed out, among other things, that technology is used in higher education to provide student support and to deliver the curriculum. Two fairly solid points I’d have to agree with. Not content with one paper, Richardson dropped in a second for Activity 5. Activity 6 rounded off the week where we were asked to identify a form of technology used in an educational context and, if we are currently employed in education or training, to choose a form of technology from our professional context.

This certainly promised to be an interesting week and so it proved. Naturally on any course there are weeks that stimulate and weeks that are a bit dull to be perfectly honest. This particular topic spans two weeks so keep an eye on week 14 in the next entry as that will also cover the student voice. Let’s start with the main themes and issues explored:

Activity 1 delved into the learner experience and two related research projects from JISC (Joint Information Systems Committee): 1. Learner Experiences of e-Learning (LEX) and 2. Students’ experiences of technologies (LXP). This morphed nicely into a video by Michael Wesch (whose work we sampled in a previous week) on a vision of students today, their thoughts, feelings, complaints etc. It’s only about 4 minutes long and worth watching.

Activity 2 had a wide range of ideas and discussion points, where we looked at audio and video blogs, watched some documentary-style videos on learners from different universities and had forum discussions on quantitative and qualitative data. All very civilised stuff on the whole. Activity 3 had a lot of diagrams and centred on work-related ICT.

Activity 4 was where I really got interested. The net generation and digital natives (an idea proposed by Prensky) suggests that children born in between the millenial region of 1980-1994 are digital natives, growing up around ICT as part of their lives. Digital immigrants are anybody born before that period.

The term digital native was coined and popularized by education consultant Marc Prensky in his 2001 article entitled Digital Natives, Digital Immigrants, in which he relates the contemporary decline in American education to educators’ failure to understand the needs of modern students. His article posited that “the arrival and rapid dissemination of digital technology in the last decade of the 20th century” had changed the way students think and process information, making it difficult for them to excel academically using the outdated teaching methods of the day ~ Wikipedia

The first paper we were required to read was written by Neil Selwyn in 2008 and it suggests that the new generation of learners are no more homogeneous than previous generations. After that we turned to another 2008 paper, by Bennett et al, which asked whether the whole net generation experience was a moral panic. Interesting stuff on these last two papers, I enjoyed working through them and am considering using one of them for the TMA.

Think that will do it for now then. Cheers for taking the time to follow along and hope you gained some insight from this post. We’ll be back in two weeks’ time for Entry #8 so stay tuned. 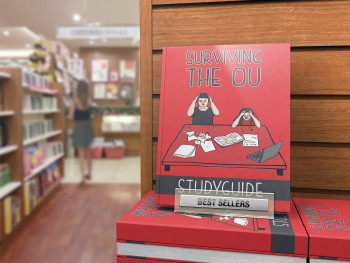